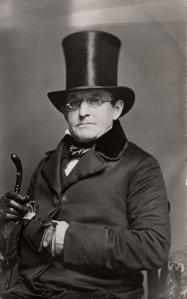 The New York Times Upshot section is at it again with an analysis of economic diversity at top colleges in the United States. They’ve created something they call the College Access Index to measure how successful elite institutions are at enrolling students from different economic backgrounds (“Top Colleges That Enroll Rich, Middle Class and Poor“).

Reading it makes me feel a little patriotic (matriotic?) – Vassar comes out at number one. The index is something that they made up, so it may not be fair to use it to judge colleges too harshly. Still, some of the numbers pop out.

Vassar, along with several other top colleges, is doing a good job at keeping costs down for lower income students. Even by that measure alone, Vassar is number 8, and none of the schools in the top 10 cost more than $7,000 per year. That’s actually competitive with universities in the UK.

What’s a bit shocking, to be honest, is how badly some other colleges are doing. NYU, where I completed my graduate degree and worked for several years, costs poor students an average of $28,600 per year. The average starting salary for NYU’s undergraduate business school is $62,400. If we expect 20-somethings to pay 20% of their pretax income to loans (maybe unreasonably, but let’s just assume), then they would be paying $1,040 per month just to pay off their undergraduate debt. And remember, these are students who already come from lower-income families.

So why do some colleges prioritize economic diversity and others don’t? Cappy Hill, Vassar’s president, has some straight talk regarding colleges’ role in assisting disadvantaged students:

“We are being supported by the federal government and the state government as a nonprofit,” she said. “They’re doing that because of our nation’s commitment to equal opportunity and social mobility, and part of our obligation is living up to making that more of a reality in the United States.”

I’m very glad to see that my alma mater is taking this seriously and making the tough decisions necessary to improve economic diversity. Keep up the good work.

Oregon... some places.... SF. Working in education, technology, and social impact (or some combination of the three).
View all posts by Finn Smith →
This entry was posted in Higher Ed, News. Bookmark the permalink.